Forty years ago, most Americans said they didn’t know anyone who was homosexual and claimed to know little or nothing about homosexuality. Today, there’s hardly a sitcom without a prominent gay character, movies like Milk and Brokeback Mountain have won Oscars, and even People Magazine celebrated the marriage of Ellen Degeneres and Portia DeRossi. Forty years ago, the word “queer” was considered to be an extremely insulting, ugly slur. Today, we have books like Queering Elementary Education and The Queer Bible Commentary, while Queer Eye for the Straight Guy was a cable TV sensation and even school children are learning the meaning of “Gender Queer.” Forty years ago, people were fired from their jobs for being gay. Today, college professors have been fired for taking issue with same-sex practice, counselors have been dismissed for refusing to affirm gay and lesbian relationships, and even pastors have been arrested for saying that homosexual behavior was sinful. A Queer Thing Happened to America chronicles the amazing transformation of America over the last forty years, literally, from Stonewall Inn to the White House, and addresses the question head-on: Is there really a gay agenda, or is it a fiction of the religious right? Written in a lively and compelling style, but backed with massive research and extensive interaction with the GLBT community, this forthright and yet compassionate book looks at the extraordinary impact gay activism has had on American society – from nursery school to college, from the pulpit to Hollywood, and from science to semantics – also analyzing the foundational arguments of the gay civil rights movement and exposing the extreme intolerance of those calling for tolerance. This could easily be the most controversial book of the decade. Read it and find out why the publishing world was afraid to touch it.  Hardcover, 690 pages. REGULAR PRICE $28.00.

Be a Better Dad Today by Gregory Slayton

Because of a Covenant by Mary Walmsley

What should we be teaching young people about marriage that will increase the success of their marriages in the future? Does the covenant make a difference? And if so, what difference does it make? “Because of a Covenant” provides the … Read More 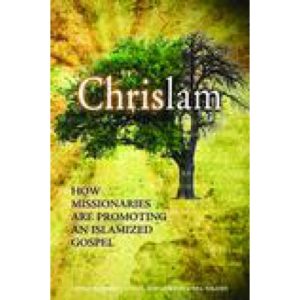 Before he died, Darwin once admitted the chasm between the highest ape and lowest human was so great as to almost destroy his theory. But, he predicted that future scientists would someday prove him correct. Today, 140 years later, Darwin’s … Read More

Changing the World Through Kindness by Steve Sjogren

Find out how kindness can change the world. When you think of spiritual warfare, what comes to mind? Stressed-out saints duking it out with demons? Mystical believers “seeing” thinks most of us can’t? According to author Steve Sjogren, not only … Read More